Most of the time we do not even think about the sheer amount of technology that is surrounding us, and as the world evolves, so do the methods we utilise as our security and surveillance systems.

It is not hard to see the importance of having some kind of security system protecting us, our businesses and our homes, but what is the impact of these devices?

And are they helping us stay safe in public?

In this article, we are going to be looking at some statistics around CCTV cameras in the UK and exploring some of the most popular and common questions asked about the UK’s CCTV devices.

How many CCTV cameras are there in the UK?

Due to the sheer variety of types of CCTV cameras and surveillance equipment, it can be very hard to pin down the exact number of devices within the UK.

For instance, a lot of home or private use cameras do not need to be registered, especially if they are self installed on private property.

Estimates predict that there could be up to approximately 6 million cameras in the UK but the real number could be anywhere between 4-6 million.

In London, it is estimated that there are just shy of 700,000 cameras in operation, but this figure could be a lot higher than that and the exact number grows increasingly hard to pin down.

If cameras stay increasing alongside the population, a figure near 1,000,000 cameras in the nation’s capital would be much more realistic.

Obviously, these are just rough numbers. The only CCTV cameras that can be calculated accurately are government owned devices as they need to be registered and accounted for; With this being said, let’s look at the different types of CCTV camera systems deployed in the UK.

Common types of CCTV Cameras in the UK

There are four major types of CCTV cameras that can be categorised in the UK and that we will commonly see in our everyday lives, these are as follows.

This can be councils, police departments, local authorities and other government bodies closed circuit television camera monitoring systems. These are deployed to keep order and protect the citizens.

These are privately used corporate or business CCTV systems that are used to secure their premises, protect against crime and act as a deterrent to keep crime rates lower.

Cameras that are installed at a private residence, otherwise referred to as ‘home CCTV setups’, this is for homeowners, renters, or landlords/ladies to keep an eye on their property and keep it secure.

These are typically used at the front entrance of a private location, and will not be registered as a formal CCTV device, but they do the same thing in a vacuum.

Does CCTV Reduce Crime in the UK?

As much as we would not like to admit it, CCTV devices almost act as a checklist in security, they are necessary for most businesses and even homes to keep your locations secure.

CCTV can help identify criminal and suspicious behaviour and aid in any subsequent investigations and the gathering of evidence in a criminal case.

Criminals will actively look for easy targets, and the lack of a visible CCTV system is usually something they look for when attempting crimes.

But how much do CCTV systems act as a deterrent and what is their impact on crime and reducing it? Let’s have a look at some statistics that can help clear this up.

Regardless of where you look there is evidence that CCTV does reduce crime overall, the exact percentage or volume is not stated and it is hard to generate, but any reduction is definitely worth the installation.

This can be anywhere between 16 and 51 crimes prevented per 100 due to the usage of CCTV, which is very broad and it is down to a lot of factors, such as location, time, type of crime and more.

The way consumers have been implementing CCTV and surveillance into their security measures has been on the rise, and certain areas have seen a significant boom out of seemingly nowhere.

As the tablet market was basically created out of the smartphone industry, so has the niche of doorbell cameras and front door private security CCTV devices.

There has been an exponential increase in doorbell and front door cameras in the UK, but this has also led to privacy breaches and court cases for improper usage. Companies such as Amazon-owned Ring saw massive uptake in their conservative business model.

Covid saw increased purchases of home security and CCTV systems including DIY setups. With people spending more time at home, there was increased interest in investing in their houses and making purchases that they may have put off before.

Over 95 percent of the collective number of CCTV cameras in the UK are operated privately. As we have alluded to, this makes it very hard to determine the exact amount of CCTV devices actively being used in the UK.

4. Power to the People

One of the biggest developments in recent years in the surveillance and security industry is the update of the Data Protection Act in 2018. This update meant that anyone in the UK has a right to request any footage of themselves that has been captured.

The UK CCTV industry has been shifting and evolving for the last few decades. We are going to quickly explore some of the core market trends and statistics that have been developing in recent years.

Video security systems aid in digital transformation for businesses and help push companies towards development. A lot of experts have put this down to Covid-19 being a catalyst, pushing a lot of businesses to newer technology and improving areas of their companies that needed an update.

6. The UK Leads the World

In the UK there is approximately 1 camera per 13 people, with figures rising dramatically over the last few years. The United Kingdom has one of the highest volume of CCTV cameras per square mile in the world. To put the sheer volume of cameras into context, it is estimated in London there are almost 74 cameras per 1000 people.

The security, access control and CCTV industry are set to explode between 2021 and 2025 and rise by 26% to a total value of £1.4 billion. On top of this, despite a lot of other markets declining, the security sector actually increased by 2.3% during the pandemic.

The increasing amount of surveillance equipment in the capital is stunning. London has hundreds of thousands more (≈700,000) CCTV cameras than the next UK city.

CCTV in the UK Summary

At this point, you should have a much greater understanding of CCTV in the UK and feel a lot more comfortable about the topic.

With the rising rates of CCTV, there are often comparisons to a dystopian future as depicted in the infamous novel 1984. Although there are debates on both sides, there is no denying the positive impact that CCTV has had on crime rates in a number of categories.

CCTV is a very broad topic and to cover everything would be impossible. Hopefully, we have been able to help give you an overview of CCTV cameras in the UK and the surveillance industry as a whole. 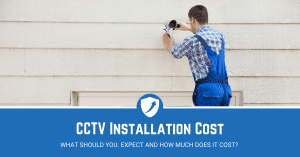 CCTV has come a long way in a fairly short space of time, with the reduction of cost and wide availability of cameras there has 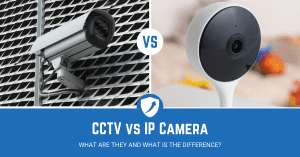 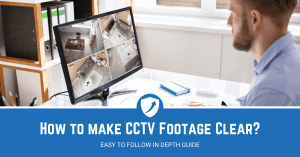 Just the presence of CCTV cameras can be enough of a deterrent to stop criminals and keep your locations secure, but just having a camera 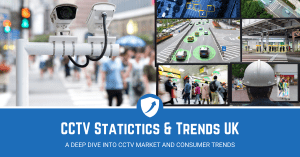 Most of the time we do not even think about the sheer amount of technology that is surrounding us, and as the world evolves, so 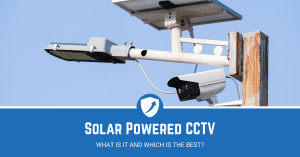 How Much Does CCTV Installation Cost? (Complete Guide)