Depending on where you grew up, you may not have realised that CCTV has had a massive impact and presence in society for decades. We do not really think about the number of times that we will walk or drive past a CCTV camera in our daily routines.

CCTV in the United Kingdom is often seen on businesses, homes, private property and everything in between. It has become a standard part of our lives and it is not uncommon to pass multiple times on your commute to work or on your days off.

If you live in a capital city, such as London for example, you are likely to have seen cameras almost everywhere you go, but if you are from a small town or the countryside, surveillance technology is a lot less common.

Some of the entities on this list may surprise you and some may be more obvious, a lot of people have certain misconceptions when it comes to CCTV and monitoring, so we will be shedding some light on surveillance in different parts of the world and CCTV in Europe.

Note: all the figures at the time of posting will have some degree of inaccuracy due to every day more CCTV being installed around the world, but will serve as useful and helpful information when determining hot spots of CCTV activity.

In this article, we will briefly look at some of the most heavily surveilled countries, cites and places in Europe and the world. Below is a summary of what we will be exploring in this blog.

All figures are approximate to give a rough idea of the scale of each of the top ten countries’ volume of CCTV cameras deployed.

Not all figures account for personal or private use CCTV but should shed some light on the sizes and volumes of different countries surveillance technology.

The top 10 countries by number of CCTV cameras are:

Which Countries have the Most CCTV Cameras in Europe?

Europe is renowned for being one of the safer continents on the planet, paired with some of the best economies and higher levels of technology than other areas.

These above factors compounded with the fact that there has been a huge rise in home security systems and deploying CCTV cameras at private properties and it’s not hard to see how Europe is one of the leading places for surveillance technology.

In the UK for example, mass surveillance has been used for years and is rooted in our everyday lives. Think of the last time you went to work or out to town, how many cameras did you go past? And how many were you unaware of?

All of this comes together as a lot of countries have a high amount of CCTV cameras, let’s look at some of the countries with the most CCTV cameras in Europe.

Top 4 European Countries with the Most CCTV Cameras

In terms of the top 20 cities by number of CCTV cameras as a per volume figure, you get the following results.

A lot of people will not be surprised to find out that China holds the vast majority of the spots on this list, alongside a few from India and one city in Russia and the capital of the United Kingdom.

Cities with Under 250,000 CCTV Cameras in Total

Which Cities have the Most CCTV Cameras in Europe?

Although Europe does not feature much when it comes to the most adoption of CCTV technology across the globe, there are still a lot of cities in Europe that have a lot of CCTV cameras, albeit a lot less than Chinese cities.

Let’s take a look at some of the most surveilled cities in Europe:

Which Countries have the Least CCTV Surveillance?

It is hard to determine which countries have the least CCTV surveillance as a lot of data is hard to obtain or the records are not open. With this being said, a lot of less stable economies have less CCTV cameras as do lower income countries.

For example some of the largest cities in Africa have very few, if any installed CCTV cameras as per reports. This can be skewed as sometimes private cameras are not included in the total counts.

It is important to note that there is limited data on a lot of these nations and countries so it can be tough to determine a complete picture, however, these countries are renown for having the least amount of technology and connectivity so the data confirms they would be in the bottom percentiles.

Some examples of countries with the least CCTV surveillance are:

5 Most Popular CCTV Brands in the World

With this being said, there are definitely some patterns and we can determine what the most popular CCTV brands are around the world just by their volume of sales and units installed.

It is no surprise that a Chinese based surveillance company is top of the list due to the sheer volume of CCTV cameras deployed throughout China.

Hikvision has just under 21% of the global market, which is a huge percentage more than the next competitor.

The second most popular brand globally in the CCTV market is Axis Communications. The Swedish manufacturer is involved in access control, CCTV cameras and audio devices.

The parent company of Axis is the multinational Canon, hence the huge global pull. Around 12.4% of global sales of security cameras are Axis Communications devices.

The third most popular CCTV brand is Dahua, another security company that is headquartered in China.

Dahua account for around 10% of the global security camera sales and are one of the largest CCTV brands on the planet. This could be bloated due to the huge amount of CCTV deployed in China and surrounding countries.

Originally known as Samsung Techwin, the company branched off from the Samsung ties and became Hanwha Techwin. This South Korean company falls just short of the third place at just shy of 10%.

The Hanwha group is one of the largest groups of companies in South Korea and is a fortune 500 company.

In relation to the other brands on the list, the security arm of Bosch accounts for only around 5.7% of the security camera industry. This is still a huge figure in a multi billion dollar industry, but puts into perspective the scale of these operations. 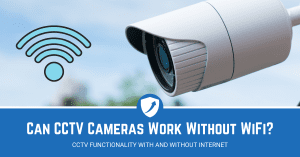 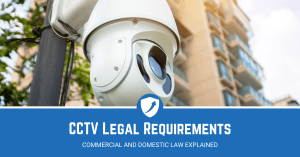 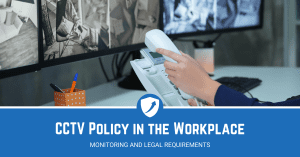 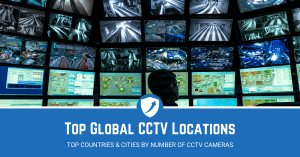